Here is an interesting persistence technique, which I have not seen before, used by a malware which I analyzed last week at K7 Threat Control Lab. It uses a simple RunOnce registry entry to maintain its persistence but in a unique way. I would like to post a complete analysis, albeit brief, of its functionality.

Functionality in a Nutshell

This malware uses a Push-Pop-Call sequence at the Entrypoint to change the execution flow of the program as shown in Figure 1. This is not a clever technique since it can be used by Anti-Virus software to flag the malware immediately given that this sequence is unlikely to be found in clean programs.

Not an uncommon technique, this malware uses PEB_LDR_DATA, a member of the PEB structure, to locate InMemoryOrderModuleList LinkedList, which is then used to retrieve names of the loaded modules. It calculates the hash for each of the retrieved module names and compares with that of Kernel32.dll (hardcoded in the code), and extracts the base address of Kernel32.dll when the hashes match as shown in Figure 2. 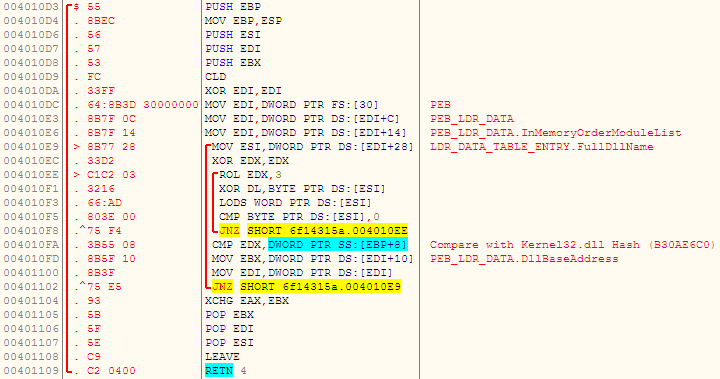 Using the retrieved Kernel32.dll base address, it enumerates export function names and calculates their hashes, which, in turn, are compared with predefined API hashes (in the data section) to identify the addresses of preferred APIs that are listed below. This common technique is to avoid heuristic detection on import APIs.

The hash calculation algorithm is shown in Figure 3 below. 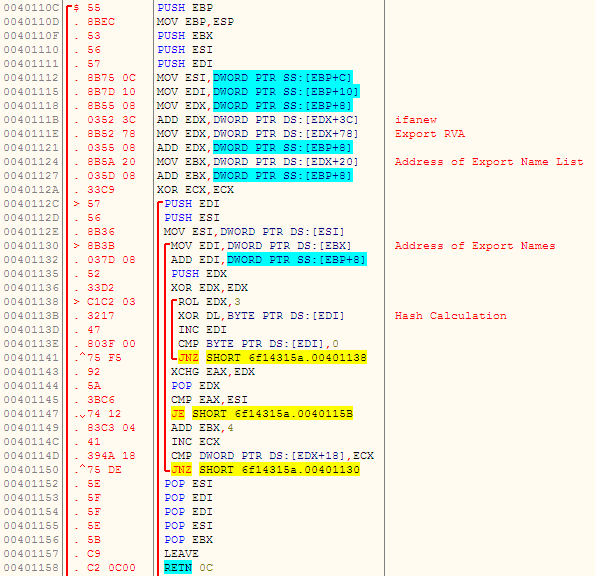 It implements Anti-Debug & Anti-Emulation techniques to prevent or misguide the reverse engineering process. This malware creates a thread which possesses an Anti-Debug technique of Memory Access Violation Exception (shown in Figure 4 below), thus complicating the analysis flow for researchers.

It also adds additional Exception Handlers in the existing SEH chain, which would be triggered by a memory access violation as shown in Figure 5.

It also uses undocumented ntdll.dll APIs which could act as an anti-emulation technique

It employs an uncomplicated obfuscation mechanism to hide strings to dodge its presence from Anti-Virus products. Figure 6 shows how it decrypts a string to be used as its mutex. 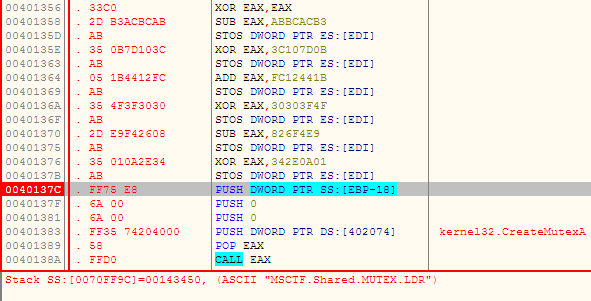 It drops its main payload, ntuser.cpl (a DLL file), extracted and decrypted from its ‘data’ section, under a randomly named folder in the retrieved %APPDATA% directory as exemplified below:

The decryption logic used is shown below in Figure 7: 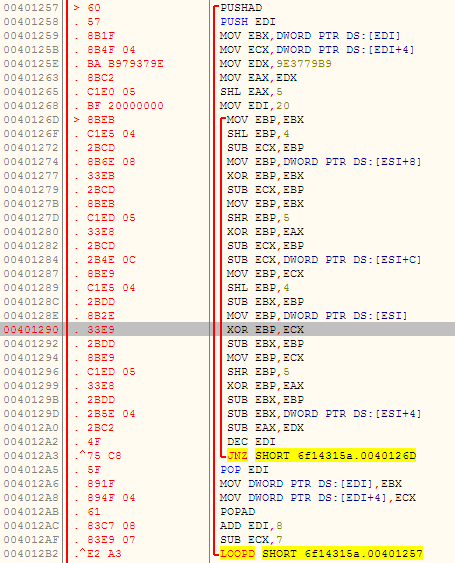 As ntuser.cpl loads into the memory space of explorer.exe, it uses the ‘ZwQuerySystemInformation’ API to get the snapshot of the current running processes. Now ntuser.cpl injects itself to the running processes that have access to ‘CREATE_THREAD & VM_OPERATION & VM_WRITE & QUERY_INFORMATION’ permissions, including explorer.exe.  But, this time with a new entrypoint being one of its functions. Injection technique 2 uses the following APIs:

The latest injected code in explorer.exe now injects code into IExplore.exe, again with a new entrypoint being one of its functions using a similar injection technique to that described above.

These multiple injections are done just to halt the flow of analysis and to use system processes to download malicious content which will not trigger any alert by Anti-Virus Software, including Firewall.

It injects all system processes when attempting to act as a rootkit by hooking the following APIs, to maintain its stealth status:

The latest injected code in explorer.exe also has the task of maintaining its persistence. This is achieved by creating a thread which checks the availability of mutex (MSCTF.Shared.MUTEX.LDR) and if this fails, it adds the following RunOnce entry:

Hence during reboot, the mutex gets killed and immediately a RunOnce entry is registered to maintain persistence.

Final Injection into IExplore.exe to Act as Downloader

Using IExplore.exe injected code, it checks for internet connectivity every 5 minutes, and if it has access to the internet, it uses ‘URLDownloadToFileA’ to download malicious content from the following URL

On final analysis this turns out to be just a mere Downloader, with a high level of obfuscation, injection techniques, and Anti-Debugging/Anti-Emulation tricks along with rootkit behavior.