Malware authors have long realized that implementing scare tactics to rip people off their money works. Why waste time finding a new vulnerability to spread malware when you can scare people into downloading and running it? For a while now, fake anti-virus malware has been one of the top revenue generators for the malware authors.

Lately however, users have turned vigilant towards such fraudulent security tools and simply ignore the spurious warnings. The malware authors, who have realized this, have upped their game by changing the scareware reports to involve hard drive failures rather than virus infections.

Over the last month, K7TCL noticed a steady rise in the number of samples arriving with the name “pusk.exe” from various sources. Closer analysis of one sample revealed that this was a fake disk diagnostic tool. On installation the malware displays the following message:

The malware then goes on to display fake disk diagnosis messages: 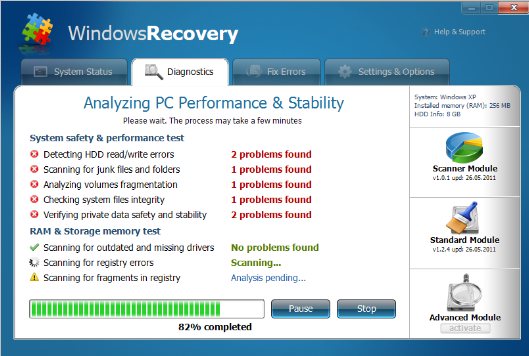 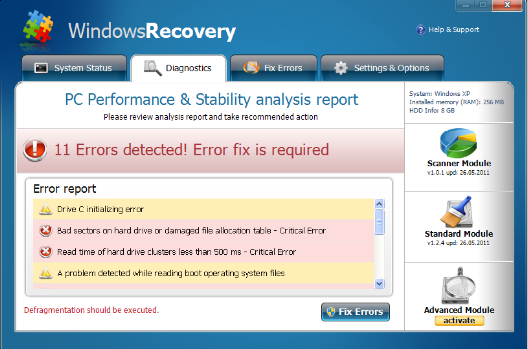 It’s no surprise that when the users click on the “Fix Errors” dialogue box, they see the message below: