IoT: What the Bad Guys Could Do with Your Hacked Devices

Following the third part “IoT: Your Personal Data May Not be as Private as You Think” of this series on the Internet of Things, here is part four focussing on what could happen when IoT private information (discussed in “IoT: Your World at Somebody Else’s Fingertips?”) falls into the hands of the bad guys or the cybercrime underworld.

Suppose the bad guys have access to your personal data or hack into your IoT appliances (worst-case scenario!), they could: 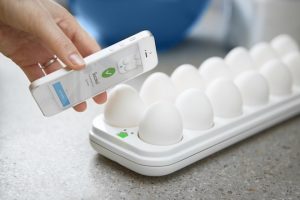 Perhaps somebody with a vendetta against you could even resort to changing your refrigerator’s temperature settings so that your food goes bad.

We have been witnessing for years what bad guys are capable of doing, e.g. security breaches at big organizations and infamous ransomware. The same tactics might apply here too.

One other dangerous scenario is within the context of cyber warfare. During war time an enemy nation could launch a massive cyber attack on IoT devices in another nation, rendering every IoT device dysfunctional resulting in more chaos, damage and potential loss of life. To this effect, IoT appliances may also be prone to cyber attacks by terrorists.

Image credit:
www.wired.com/tag/iot
Senthil Velan
Manager,Vulnerability Research
If you wish to subscribe to our blog, please add the URL provided below to your blog reader: https://labs.k7computing.com/feed/