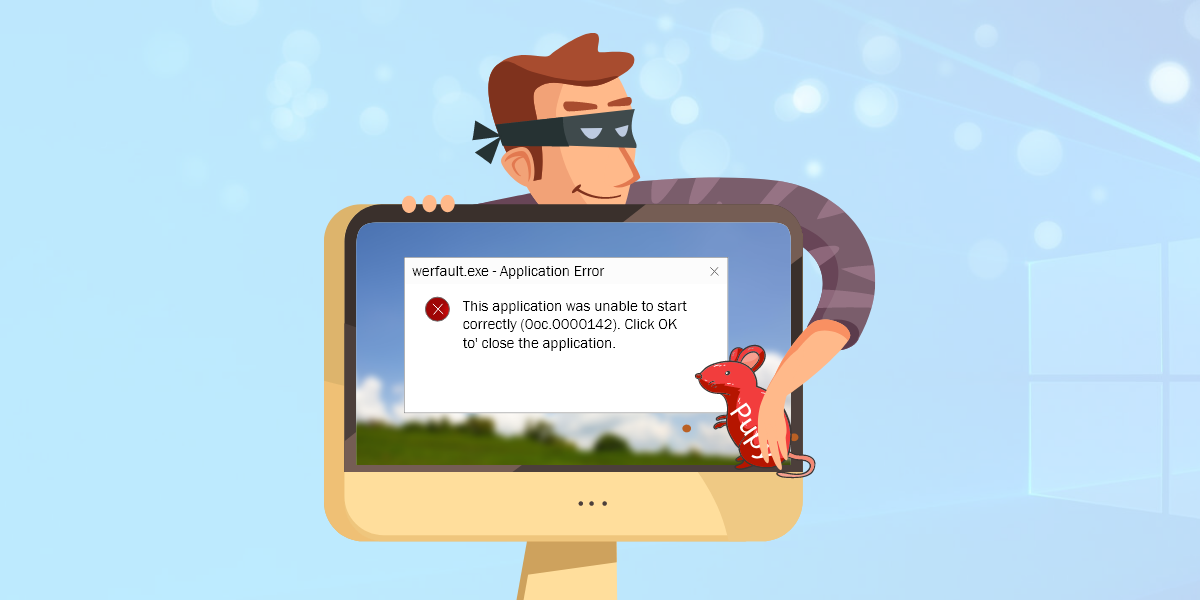 We at K7 Labs recently identified an interesting technique used by threat actors to execute a Remote Admin Tool. We all know that WerFault.exe is used for the Windows Error Reporting. This blog describes how threat actors use the legitimate WerFault.exe to execute Pupy RAT on the victims’ machine.

Recently we came across an ISO image, recent inventory & our specialties.iso from a twitter feed. The ISO contains four files, a legitimate WerFault.exe,a malicious DLL named faultrep.dll, a shortcut file named recent inventory & our specialties.lnk and a XLS file named File.xls. The shortcut file has the same name as the ISO image. When the victim opens that shortcut file, it uses scriptrunner.exe LOLBin via cmd to execute WerFault.exe from the ISO.

Originally, Faultrep.dll is the name of DLL used by WerFault.exe is, which is present in the default windows folder. When WerFault.exe starts executing, it uses DLL Side-Loading technique to load the Faultrep.dll from the ISO and it has a dummy export function WerpInitiateCrashReporting similar to the original DLL.This malicious Faultrep.dll is compiled in C.

The DLL has a custom API resolving function with two arguments, DLL hash and Function hash.

We noticed that this loader uses the same API resolving function as Guloader. The DLLs resolved were kernel32 and advapi32.

After resolving the APIs, it starts to serve its purpose. Using the resolved function CreateThread, it creates two threads. The first thread opens a lure excel sheet named file.xls from the ISO.

The data is pointed to the address of the overlay. So we dumped the encrypted overlay data and using the key we further decrypted it. After decrypting the data, we confirmed that the data is a PE file with the magic bytes.

We dumped the decrypted output data to a PE file. It was compiled with C & Python and found that it is a Pupy RAT. This RAT is loaded into the memory and executed while WerFault.exe was executing in the front.

Pupy RAT is an open-source cross platform Remote Admin Tool available in Github According to the sources, since 2013 it has possibly been used by APT33 and APT35 from Iran for  cyber espionage operations like the one that was discovered in 2020 and targeted a major European energy organisation.

It was executed from memory and based on the analysis of ReflectiveLoader function, is capable of executing any PE file in-memory, remotely. It tries to make a C2 connection in the background when the victim believes WerFault is running. Since the C2 was down at the time of analysis, RAT was unable to establish a connection for carrying out any further malicious activity. With the XLS sheet in Chinese, we believe that the victim is from China.

We at K7 Labs provide detection against latest threats and also for this newer variant of Loader. Users are advised to use a reliable security product such as “K7 Total Security” and keep it up-to-date so as to safeguard their devices.

Selling your PC on eBay? It could cost you.